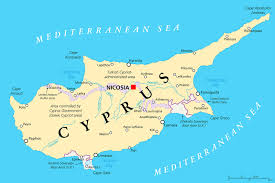 Many thanks to our Talking Mats Founder, Dr Joan Murphy, for this latest blog talking about the training course she recently delivered at the Cyprus University of Technology.

Cyprus is a beautiful Mediterranean island with a population of approximately 1 million.

I was invited by Dr Eliada Pampoulou to run a 2-day course on Talking Mats for 12 Speech and Language Therapists, some of whom are masters students and some, lecturing staff at the Cyprus University of Technology. The Cyprus University of Technology founded the first Department of Rehabilitation Sciences  in Cyprus and the Department offers the first public recognised university bachelor degree in Speech Language Therapy / Speech Language Pathology in the Greek language (https://www.cut.ac.cy/faculties/hsc/reh/).

Day 1 was a Talking Mats foundation training course and Day 2 focused on discussion around capacity, research and clinical applications. This model worked very well as the participants were able to think about and discuss how to apply the training immediately. 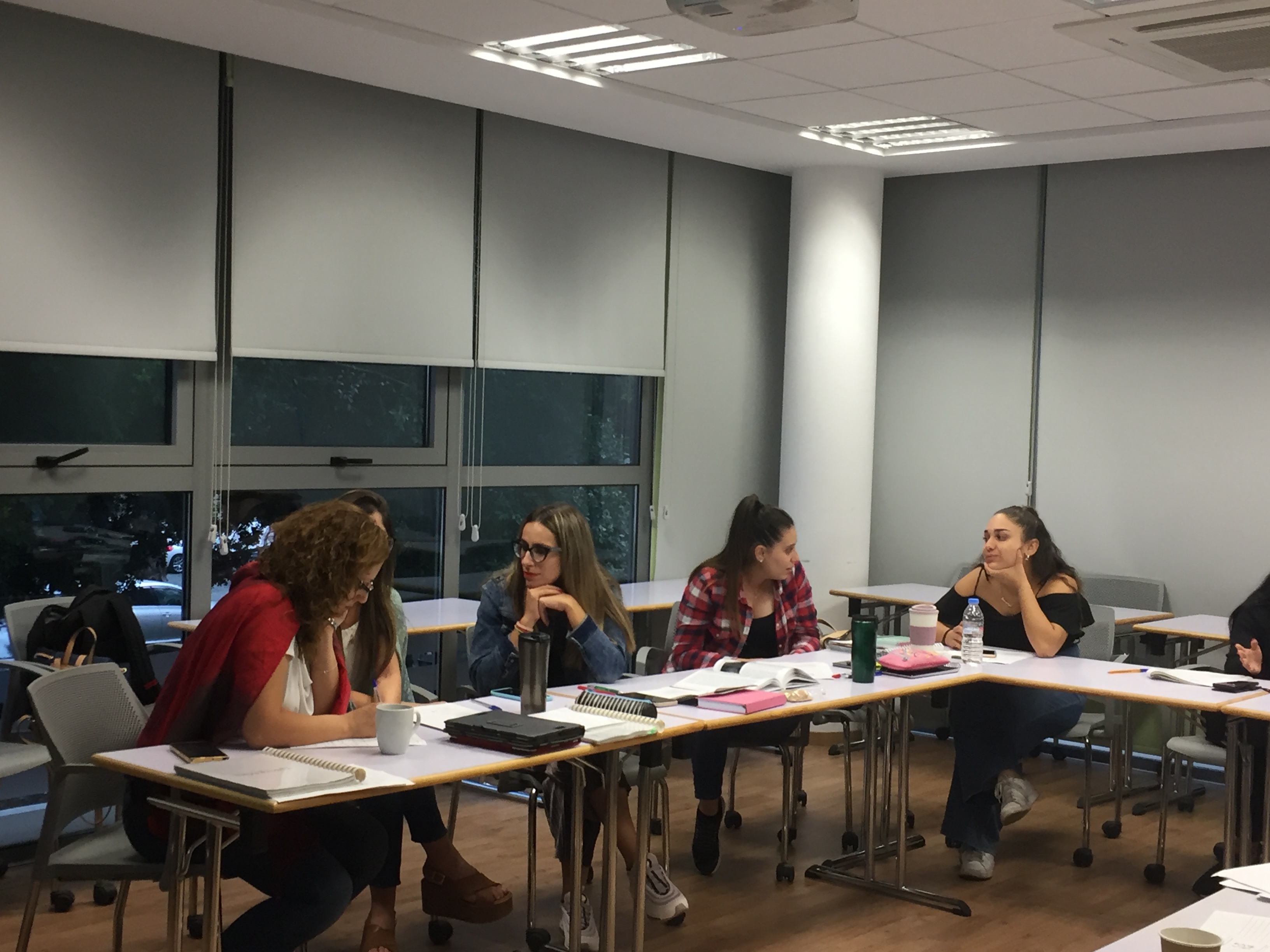 Some of the immediate plans of the participants were both clinical and research oriented and are outlined below: 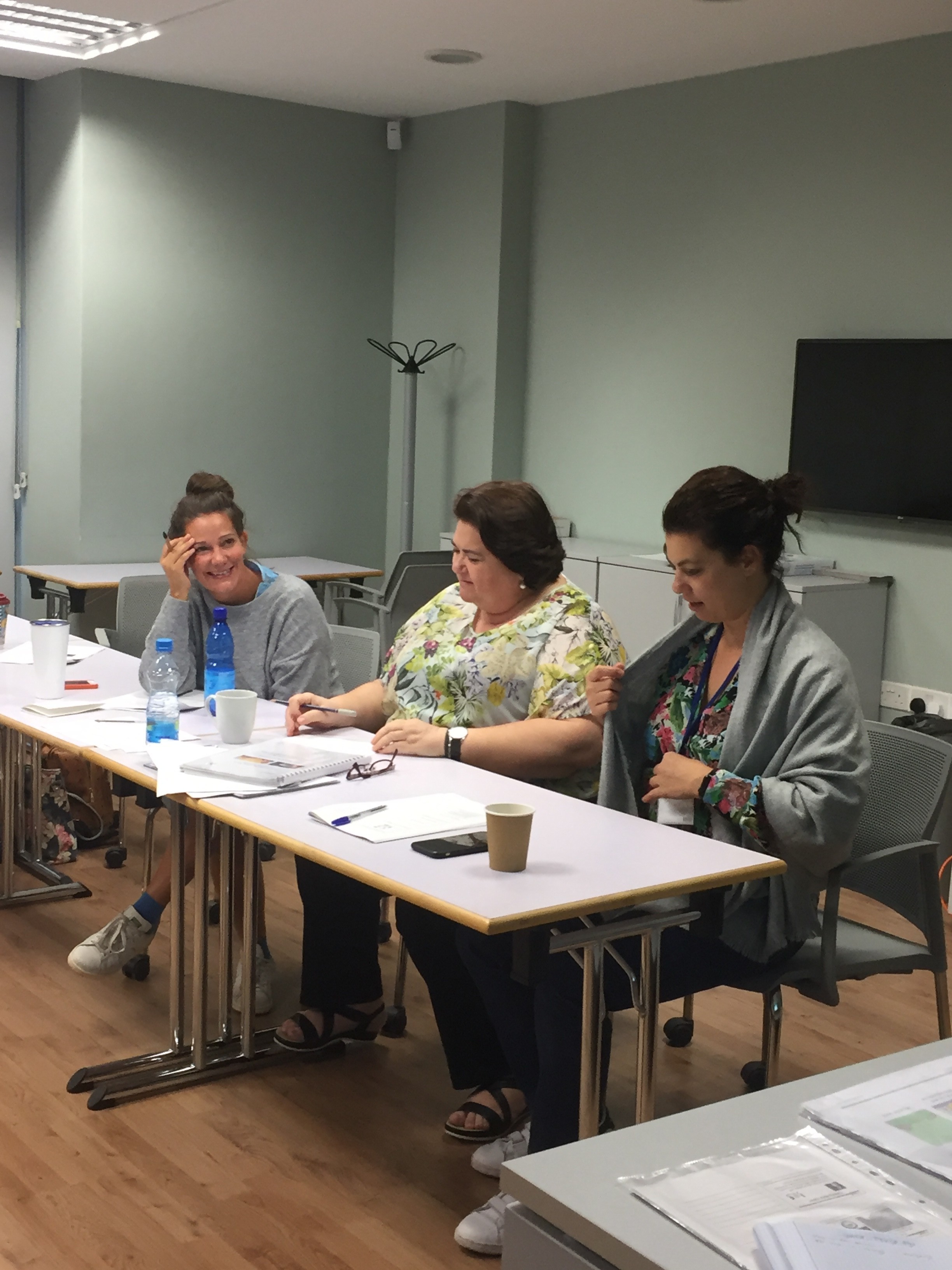 Dr Eliada Pampoulou has created the first Talking Mats centre in  Cyprus which aims to gather all people who received training every few months to share their experiences and support each other to embed Talking Mats in practice and research.

We hope that Eliada will come to Stirling next year to gain her Talking Mats licence to enable her to train others and extend the reach of Talking Mats even further.

We regularly run our Licensed Trainer 2-day courses at our base in Stirling – if you have attended Talking Mats Foundation Training and would like to train other people find out more here: 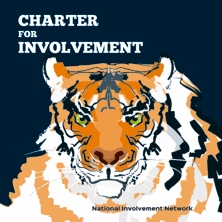 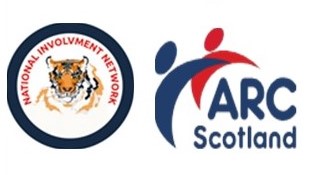 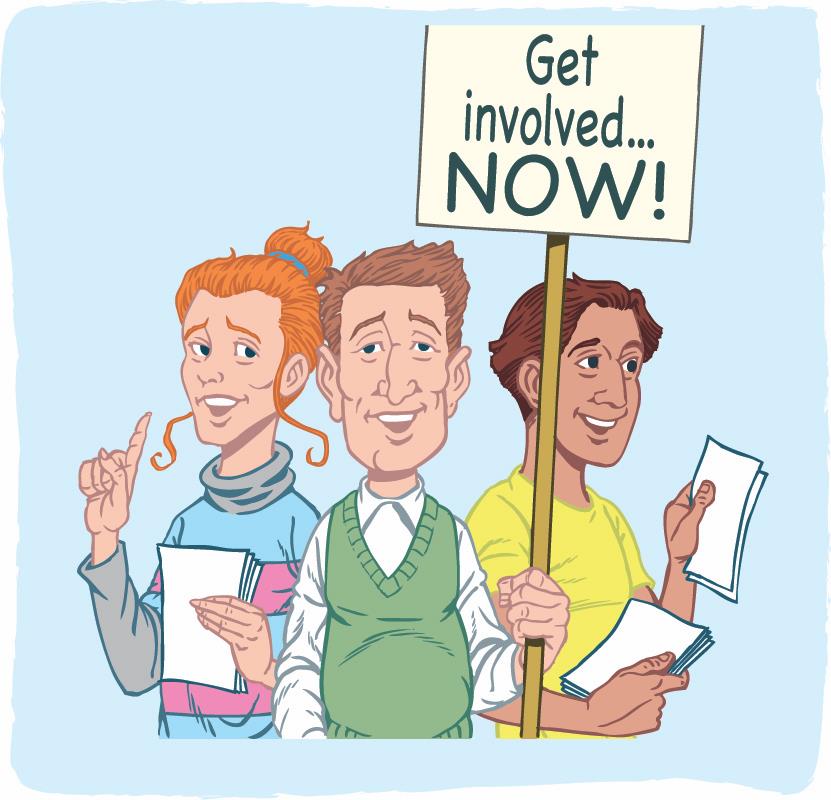 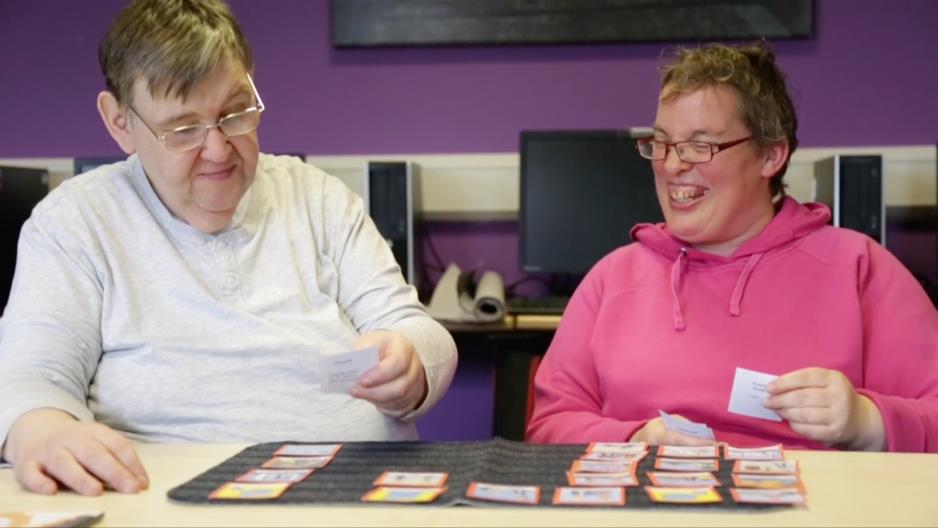 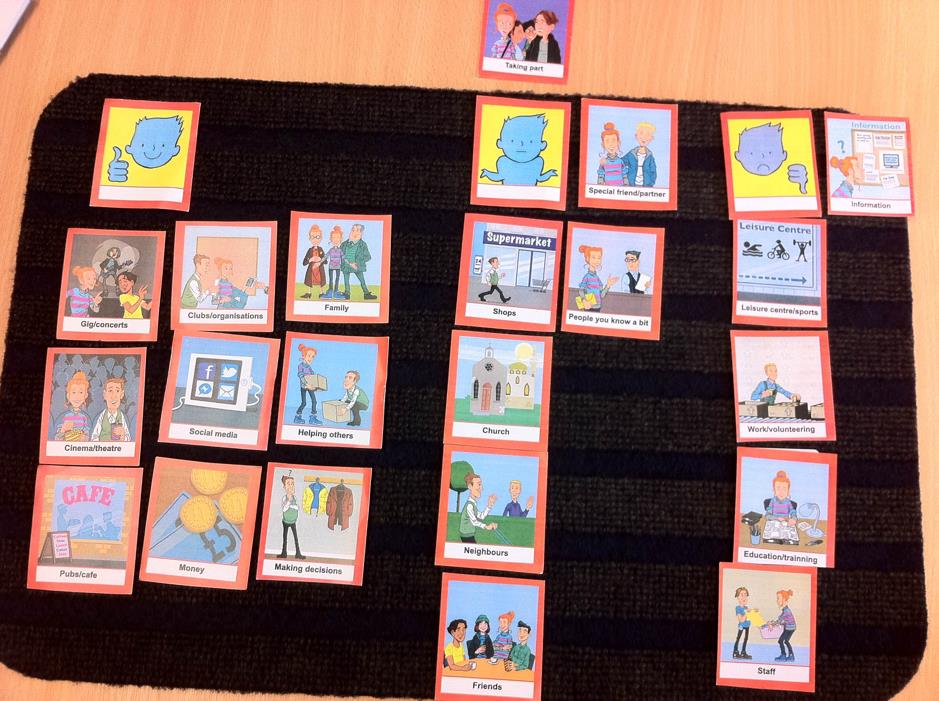 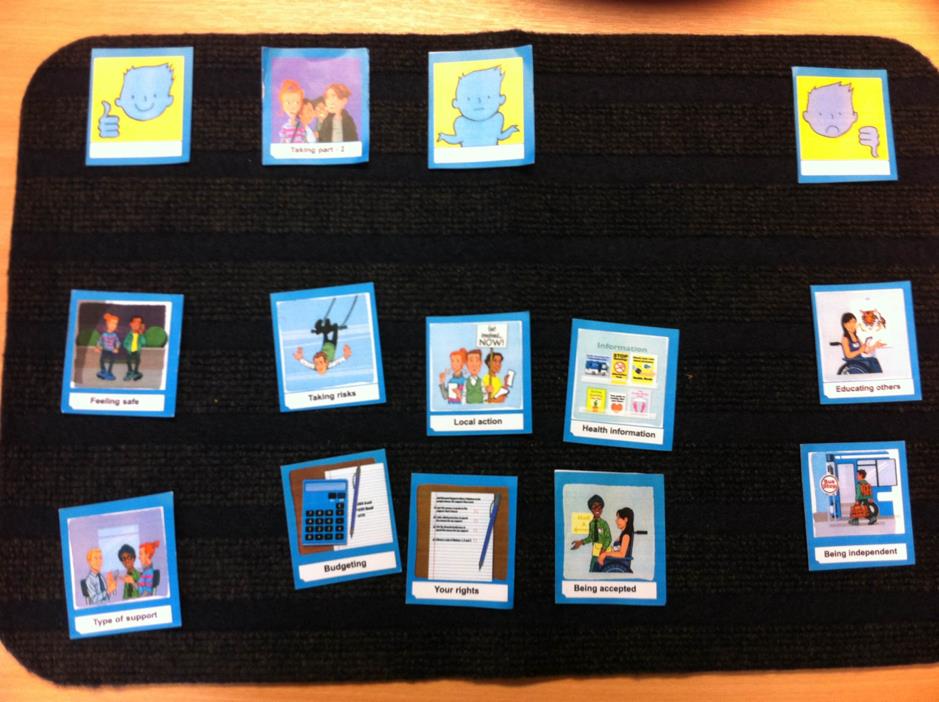 Many thanks to Lynn Blair, SLT (NHS North Lanarkshire) for writing this guest blog describing a recent project in which she and her colleagues used Talking Mats to gather the thoughts of secondary-aged pupils with social, emotional and behavioural support needs:

Do you remember your school janitor? Was he/she a cheery soul who you enjoyed talking to?  Perhaps there was another member of school staff who you trusted and felt you could chat with.  Secondary school can be a challenging environment for any teenager, let alone those who have speech, language and communication needs (SLCN).  Young people need adults in their lives who they can feel at ease talking with.

The purpose of our recent project (See Lanarkshire SLT SEBN Poster 2019 and Lanarkshire SEBN Project Summary) was twofold.  Firstly we wanted to find out how many of the young people in our local secondary schools for pupils with social, emotional and behavioural needs (SEBN) had language and communication difficulties.  We also wanted to hear about the impact of those support needs by gathering the thoughts of the pupils themselves and that’s the focus of this blog.

We have to admit we were a bit anxious before we met with the pupils.  Would these young men and women even give us the time of day with our friendly faces, mats and pictures? In the actual event, for the most part the tool was met with curiosity and then full engagement.  The young people quickly grasped the idea.  Some did not speak at all as they placed the images and others used the opportunity to tell us a great deal about how they felt about talking to different people in their lives and in different settings.

The information that we gathered is now being used to plan evidence-based speech and language therapy services to the school and young people.  The use of Talking Mats gave us interesting information like the fact young people felt auxiliary staff such as janitors and assistants are often easier to talk with than teachers and as a result, we are thinking about how we involve all school staff in future events.

We are only too aware that the young people we met have often felt excluded from other people and from certain places.  Talking Mats gave them the opportunity to be heard and we’re excited to consider how we can use them in the next phase of our work to support their communication needs.

If you are feeling inspired and would like to find out more about accessing Talking Mats Training – check out this link here: https://www.talkingmats.com/training/

Many thanks to Susan Gowland, SLT at NHS Fife Forensic Learning Disability Service, for this guest blog summarising the fantastic presentation she delivered at our TM is 21 event in August 2019.

As a speech and language therapist within NHS Fife’s forensic learning disability service, I work across two low secure wards. In my presentation for the “Talking Mats is 21 event”  I talked about the way in which Talking Mats is used within these wards and the positive impact this has had for staff and patients.

Regular Check In: “it’s the same questions, but it’s easier to talk with the pictures”

Some of the people I work with use Talking Mats as a regular check in tool. Conversations are often based around the Wellbeing, Relationships and Thoughts and Feelings cards of the Keeping Safe resource, with personalised adaptations agreed with the thinker. Some people who find it difficult to express how they are feeling and irritations can either build up to a serious incident or the person can get weighted down by unexpressed needs and concerns. For these people a regular check in can address the small things before they become big things. This can help the thinker feel listened and responded to, build experiences of communicating effectively, as well as trust and therapeutic relationships, all of which are assets which will support the person to move on.

Self Reporting: “It helps me understand how I’m feeling about things”

For some people, the check in can have a specific focus. In a hospital based forensic service, unexpected and unrecognised changes in mental health can lead to serious incidents. To address this we have used Talking Mats to talk about mental health. SLT have worked with individuals, psychiatry & nursing to identify personal symptoms of mental health changes. These symptoms become options in the Talking Mat & can be used to support person to self report at the times their mental health changes. Being able to do this enables people to discuss the support they need & reduce the risk of out of the blue incidents. The Talking Mat itself can be a support. As one thinker said, “Talking Mats relaxes you, it calms you down”.

As and when required:

The regular use of Talking Mats on the ward has led to other patients asking for Talking Mats sessions. As a licensed trainer I offer training to all professionals within our multi-disciplinary team and there is often at least one Talking Mats trained nurse on shift. This means ad hoc requests can be facilitated and some thinkers have started using Talking Mats in weekly meetings; as a tool to talk through emotional events and as a way of exploring the mixed emotions around discharge. In the words of one of the charge nurses:

“Talking Mats has enabled me to communicate with people in a way that is meaningful. To support someone to express and understand their thoughts and feelings regarding both joyous and distressing events is a privilege. The format may be simple, but the outcome is often comprehensive and insightful.” 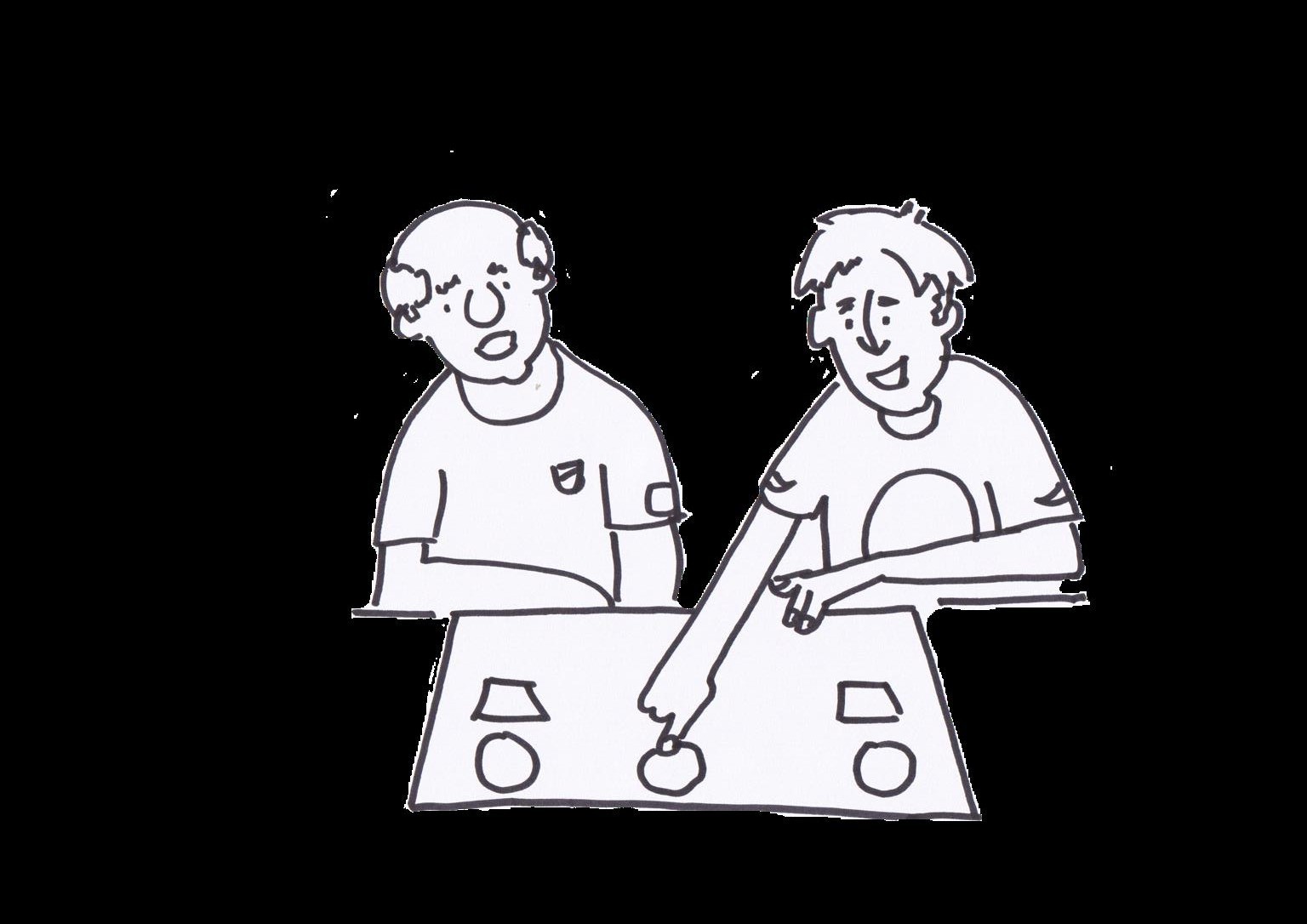 If you would like to find out more about accessing Talking Mats training, check out this link:

If you are interested in our Keeping Safe resource mentioned here (available to those who have accessed our Foundation Training / Online Training Course) please see these links for more details: