We are grateful to Rachel Woolcomb OT,  for sharing this Talking mats story.

Within my occupational therapy practice I have found Talking Mats to be an excellent thinking tool to help my clients establish their priorities for therapy.

I was asked to work with a teenage girl who had sustained a brain injury resulting in a mild cognitive impairment which was impacting on her participation and ability to learn at school.

She had undergone formal cognitive testing with a clinical psychologist, however had shown poor levels of engagement with the assessment process (which had taken over two hours). She was reported as having erratic focus and inconsistent answers to questioning. The results were therefore deemed to be inconclusive and no recommendations made.                                                                  I knew that Talking Mats would provide me with similar information to that which the psychologist was trying to gain, but in a way that would be engaging and client focused. I also felt that the concept of the Talking Mat, which enables the thinker to express their own views rather than a “right or wrong” answer, would help to improve participation.

I selected the learning and thinking topic cards from the communication set within the Health and Wellbeing pack. These cards cover areas that I would normally look at within any cognitive assessment and are functionally relevant.   Together we selected the visual scale, choosing the question “how well are you managing?”

She explained that organising herself, writing, listening, reading, problem solving and planning were all going well. She talked about how she sometimes had difficulties concentrating and paying attention due to getting distracted in the classroom. She also felt she was struggling more than before with calculating and that this was affecting her scores in Math tests. She explained that remembering and making decisions were “not going well’ and she was particularly worried about the fact she had forgotten some of the teaching she had received prior to her brain injury.   I was also able to conclude from the way she understood the concept of the mat, as well as her ability to engage and attend for the whole session, that she could concentrate, learn new skills and had the ability to weigh up information to help her make decisions.

Together we used the information gained from the Talking Mat to set goals for therapy which were focused around having a range of strategies to help her concentrate in class, remember new information, and make decisions.

Two months later, once having completed a therapy programme, we used the Talking Mat again to explore her current thinking about the topic area. She explained that making decisions was something she no longer had difficulty with as her confidence had grown. She felt that there had been some improvement with her ability to remember information and we discussed the strategies she now used to help her concentrate in class, which included ways to minimise any distractions.

In summary, the Talking Mat enabled her to think about how her brain injury had affected her ability to remember, make decisions and learn. This provided valuable information from which a therapy programme could be created. The Talking Mat also provided a visual representation of her perception of the issues before and after therapy, showing clearly her progress. This was well received by her parents, teachers and the other professionals involved in her care.

Once again I have been amazed by the power of the Talking Mat to produce a breadth of information in a relative short space of time and I will be advocating its use within cognitive assessment and rehabilitation across all ages. 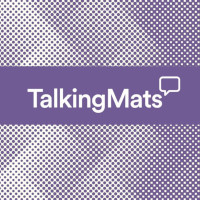 Do you think you are worth it? Using Talking Mats to provide a reflective space for clinicians

Shared Decision Making and Goal Setting – how can we use Talking Mats to support delivery of Personalised Care?

In this latest blog, our Talking Mats OT Associate, Rachel Woolcomb tells us how Talking Mats can support delivery of Personalised…