Thanks to Rosie Murray for this great blog describing how she used a collaborative Talking Mats ‘Wall’ to help students comment on how different activities inside and outside college make them feel.

As a student, I trained in the Talking Mats approach, after finding it incredibly useful in clinical placements. I am now a speech and language therapist at St John’s College in Brighton. This is a college for young adults with autism, learning disabilities and SEBD. Our learners have a wide range of communicative needs and cognitive abilities. I was approached by our nursing team in the lead up to world mental health awareness day, as they were organising a ‘tea and talk’ session for our learners of all abilities.

We organised a range of activities, such as symbolised conversation starters. However, we felt we needed something to allow our less verbal learners to make their voices heard. I thought back to my training, and remembered Joan Murphy talking about large, collaborative Talking Mats – or ‘talking walls’. We discussed this idea, and felt it would be a great way for students to feedback on how different activities inside and outside college make them feel.
It took some considerable planning. Due to the emotional needs of some students, our top scale required us to avoid words that were too upsetting for individuals. In the end we settled on ‘good’ (with a widget ‘calm’ symbol) and ‘worried’. We also wanted it to provide a genuine opinion, so although we considered including activity options that were clearly negative, e.g. ‘fire alarms’, we took the opportunity to show our learners that we all have different opinions on things, and that this is good. We hypothesised that because of this, learners would be skewed towards giving positive opinions, and this informed the order of presentation of the top scale and the activities themselves.
On the day, we had 15 different activities to give an opinion on, each with different border colours for differentiation, and of course blank tiles so our learner’s could come with their own activities. Students were encouraged to write their name on the back of a chosen activity, and a consistent script was used to present the wall to each learner. Makaton signing was used alongside the script to support understanding. 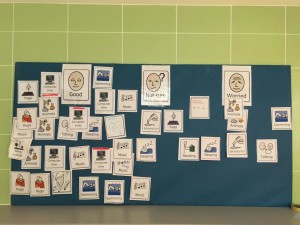 Everyone loved the wall!

Learners of all abilities offered their opinion, and it generated discussion between learners of differing abilities. It signposted staff to particular likes and dislikes of learners, and showcased the power of talking mats to all staff. For example, one of our learners is a cheerful young man, who uses minimal verbal utterances to communicate. When the board was presented to him, he very clearly selected ‘talking’ as an activity, and clearly indicated that it makes him worried. This has allowed us to reflect as a staff team about how we can support him to communicate with minimal anxiety.
Learners too took away some important lessons from using the wall. They saw that while some activities are VERY popular (e.g. computer time), some are quite polarised, e.g. animals. This highlights the important issue of mutually respecting each others differences. Since the event, staff have discussed ideas they have on how to utilise this tool. We are considering how we could use Talking Mats as a tool in our peer mentoring sessions between learners of higher and lower verbal ability, as we feel it would be beneficial for both mentee and mentor. We are looking forward to using Talking Mats as a flexible tool for the college in the future.

Please let us know of any other innovative ways of using Talking Mats! 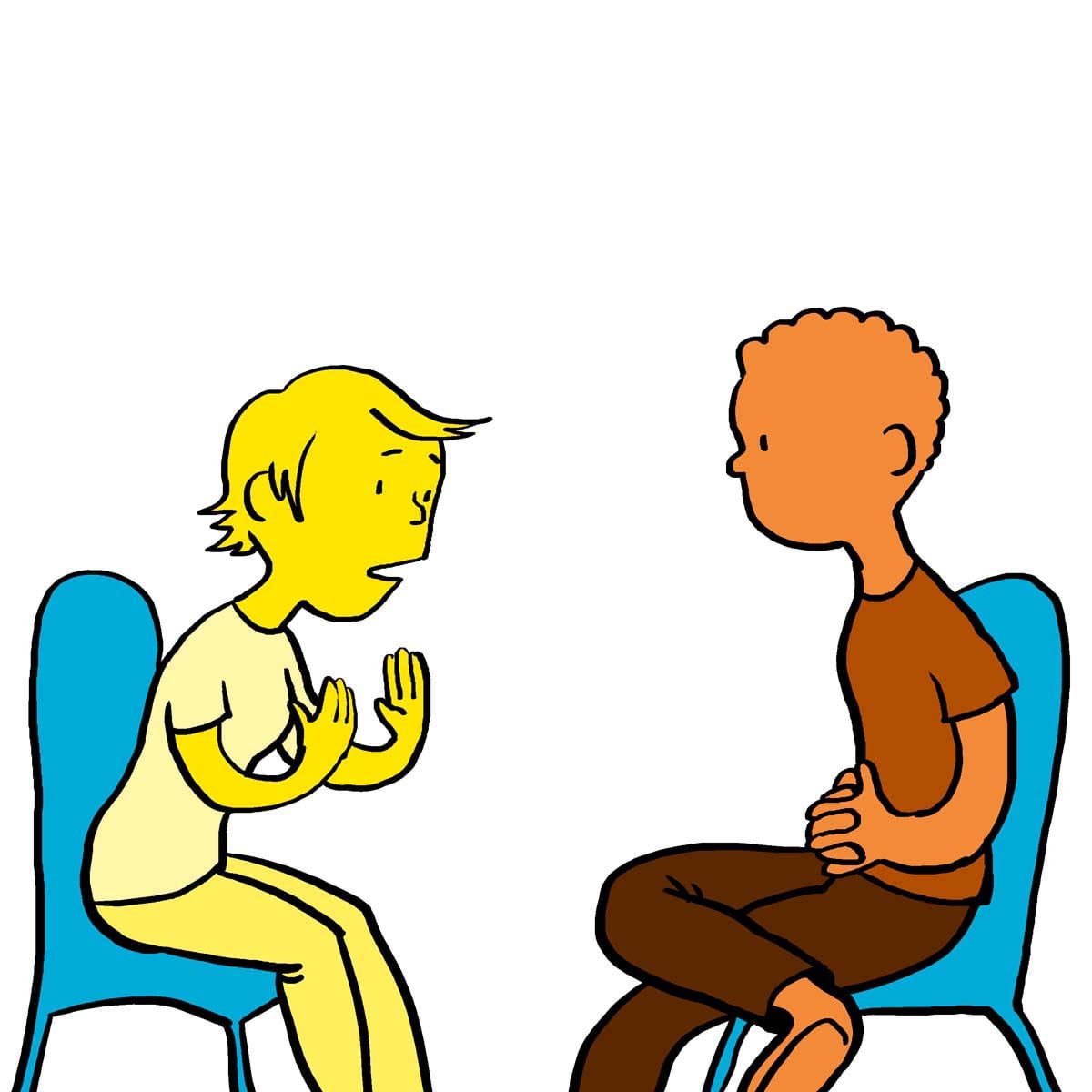 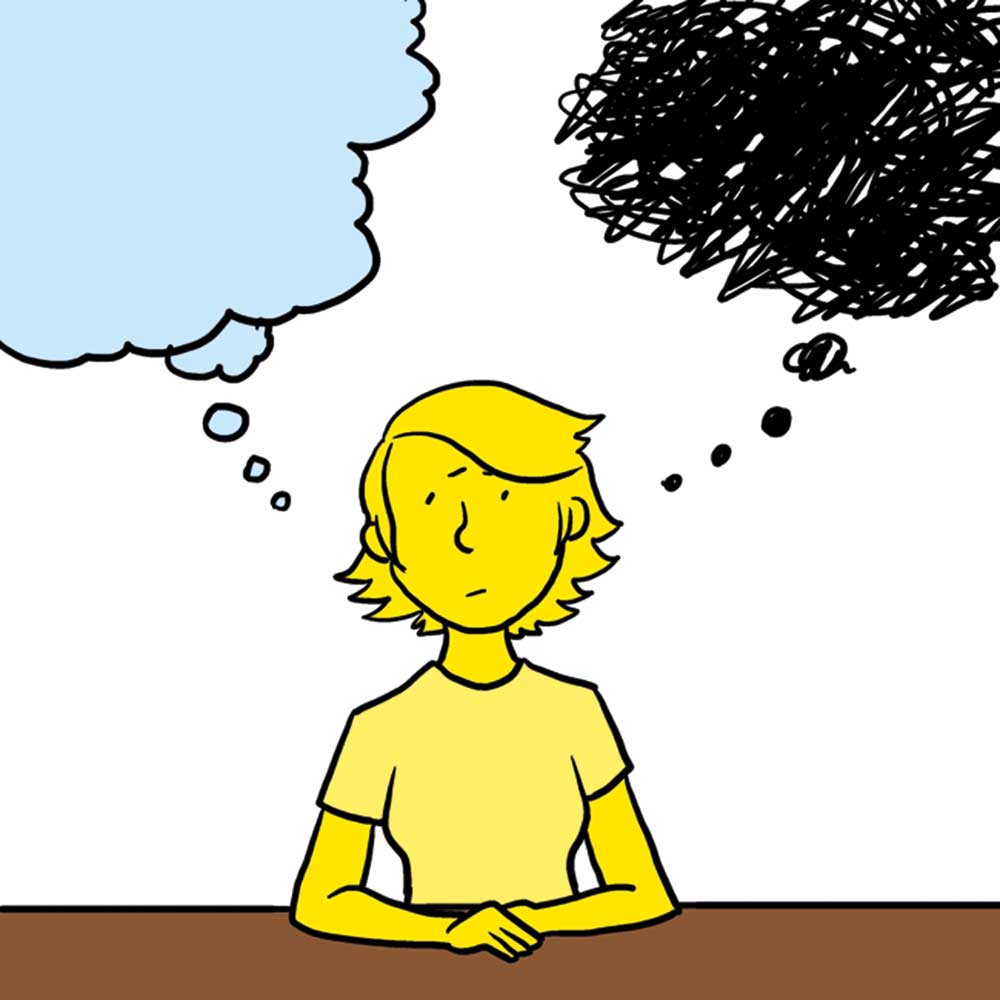