Thanks so much to all the practitioners who have sent us guest blogs about using Talking Mat in a Criminal Justice setting. Here are our top 5 – in no particular order!

2. Communication Needs within Youth Justice – Part 1: On 17th April 2017, we organised a seminar to look at underlying issues and share good practice when addressing the communication needs of people in youth justice. We had representatives from: the Scottish government, the NHS; Third sector organisations working in youth justice, the police, social workers, professional bodies, universities and social work – from as far afield as New Zealand. The emphasis from the start was that understanding communication is key to improving service delivery. https://www.talkingmats.com/communication-needs-in-youth-justice/

3. Communication Needs within Youth Justice – Part 2: The afternoon session of our seminar on 17.04.17 continued the underlying theme that communication support needs are often hidden and many looked after children have support needs that remain unidentified. The outcome of the day was the establishment of a collaborative network. https://www.talkingmats.com/youth-justice-and-communication-needs-2/

4. Setting up a SLT Service in Prison: This inspiring blog by Jacqui Learoyd explores her role in setting up a speech and language therapy ( SLT )  service in a prison and her use of Talking Mats in that setting https://www.talkingmats.com/setting-up-an-slt-service-in-prison/

5. Has Talking Mats been used in Court? Two registered intermediaries talk about a couple of cases where Talking Mats was used as part of the achieving best evidence (ABE) interviews. https://www.talkingmats.com/talking-mats-used-court/

If you have been inspired and are not yet trained, come along to one of our Foundation training courses – for details see https://www.talkingmats.com/training/foundation-training/

We also offer online training if you are unable to access the training locations – for details see https://www.talkingmats.com/training/online-training/ 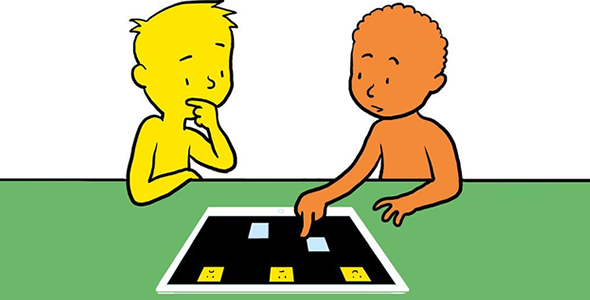 In Stockport we have a termly ‘Voice of the Child/Young Person’ Champions Network meeting during which professionals working in health, education and social care settings across the area meet to discuss real-life examples and to share information and strategies – during the last meeting in October 2018, we discussed using Talking Mats to support police interviewing.

Louise Tickle, Specialist Learning Disability Nurse from the Children’s Learning Disability Team at Stockport NHS Foundation Trust, shared a great example of using Talking Mats to support a child she was working with to share information about a serious safeguarding concern. Louise had been asked by the police to carry out a Talking Mats session with the child as they were aware that she was already using this approach. Louise led the session and was supported by the child’s school SENCO, who had also been Talking Mats trained. The aim was to explore a disclosure which the child had previously made.

Louise shared some great tips about using Talking Mats during an investigation phase:

Talking Mats are often used by people working within the justice system, including registered intermediaries – here is the link to one of our previous blog posts for more information: https://www.talkingmats.com/talking-mats-used-court/.

In this work you must be clear about the different stages of safeguarding and follow the procedures within your organisation. Disclosure and investigation are two different phases. The Keeping Safe resource has been trialled and tested to support people to raise concerns. https://www.talkingmats.com/keeping-safe-a-new-talking-mats-resource-available-to-purchase/ . When a disclosure moves to the investigation phase you may have to personalize the mat to fit the situation but what is key is that you keep the options open and non-leading.

For further information about accessing one of our Talking Mats Foundation Training Courses across the UK, and our ‘Keeping Safe’ Advanced course, see our training options here https://www.talkingmats.com/training/ 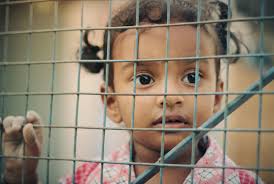 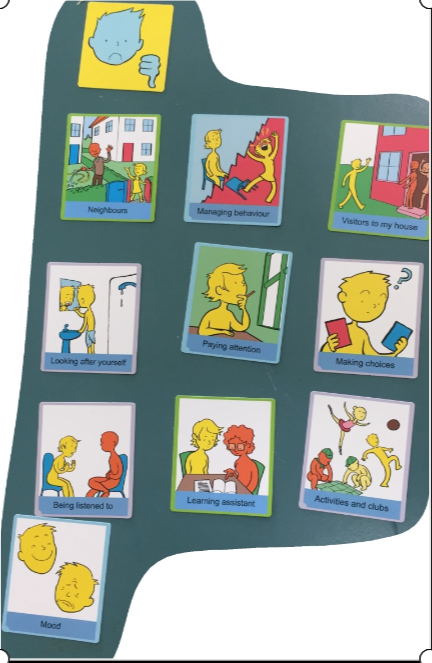 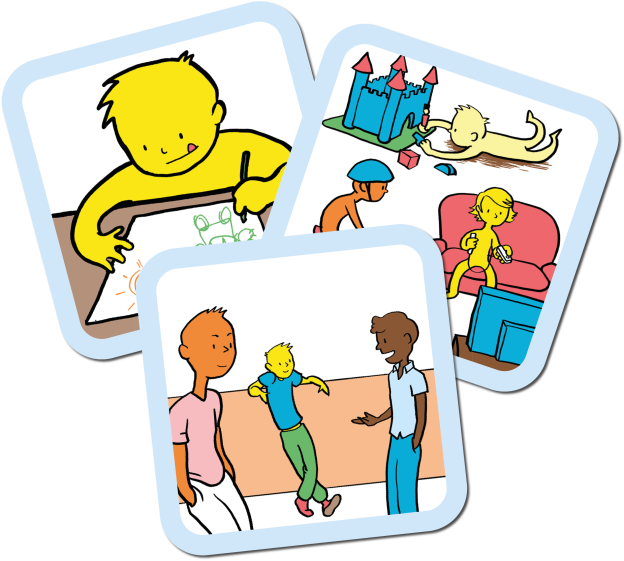 Huge thanks to all the practitioners who have sent us guest blogs. We selected our 10 favourite guest blogs…in no particular order!

If you have been inspired and are not yet trained to use Talking Mats – come along to one of our training courses.

Many thanks to Nicola Lewis from London who has sent us this powerful blog. She has 2 roles – one as a Registered Intermediary with adults with learning disabilities and the other as a family mediator working with children.

I started work as an intermediary, assisting vulnerable people to communicate their evidence to the police and in court. I work with adults with a mild to moderate learning disabilities or mental health issues and with children. The Talking Mats tool has proved invaluable, initially as a rapport building exercise which enables me to build a connection with the person. At the same time I can assess their communication in an informal way. I notice that it is often a relief for those who don’t want to talk as they can just engage in moving the pictures around, without having to make eye contact or without having to speak.They do often start chatting, in spite of themselves as there are not many people who don’t like to talk about their likes, dislikes  and preferences and to be heard about what is important to them. I use active listening: reflecting back what they say, summarising, reframing and a touch of humour if appropriate to build a connection, using the mat. When they see me the next time, they often remember me in connection with the Talking Mat:”oh yeah, we did that picture thing!”

I also work as a family mediator and have a specialist qualification enabling me to meet with the children of the family to discuss their wishes and feelings. Again, the Talking Mats tool is the first thing out of my bag and on the table. After working through likes and dislikes in a natural and informal way, I can then use the cards with the children and ask about “your family”, “where you live” etc to find out about how they are managing in a divorce situation and what they might want their parents to know about their feelings. Many mediators will only meet with older children. The Talking Mats tool has given me access to the thoughts of those as young as 5. They are at ease with me and there is a level of trust that did not exist when they entered the room.I have had 100% positive feedback from these meetings as a result.

Thanks for developing this amazing tool. It is incredibly useful to me in both my roles.